The mind, once expanded to the dimensions of larger ideas, never returns to its original size.
–Oliver Wendell Holmes– 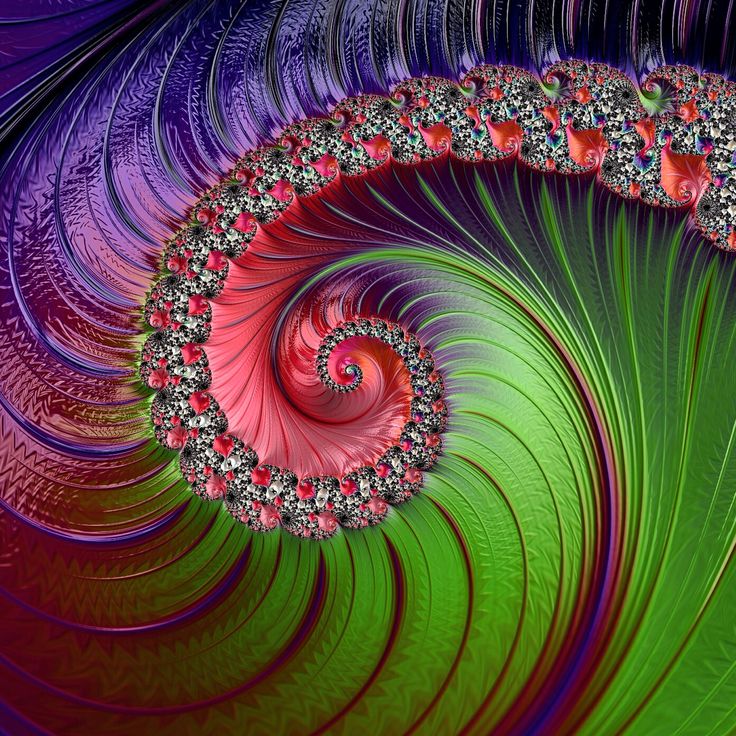 As most people today know, the common 21st century usage of the word “trip” or “tripping,” (Besides losing one’s balance, of course) applies both to going on a literal journey, and to Sacred metaphysical experiences induced by visionary, or “psychodelic,” plants and medicinal substances…which is an essential transitionary topic to conclude both this Episode, and the first “Act” of this journey, which is Preparing The Soil for what lays ahead… 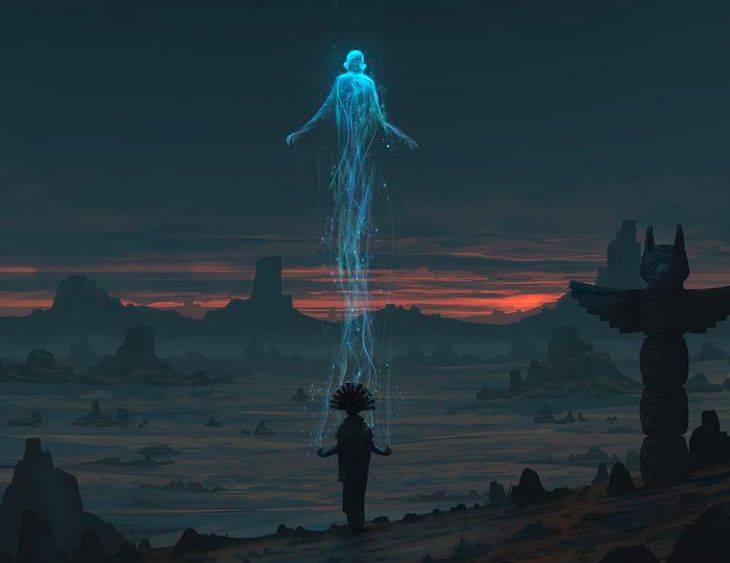 Before we “take that trip,” however, let’s arrive at the beginning…fractals!

As you will see, fractals nicely “set up” and…contextualize…the forthcoming discussion regarding Sacred visionary experiences, since fractal geometry…in my personal experiences and those of other metaphysical researchers…is the framework that generates the “visions” people often “see” during their “trips.”

I realize that this particular topic may cause one to feel anxious to continue reading.  So, as the title of this Episode requests…Don’t Shoot The Messenger!  Instead, allow your consciousness to Spiral Out…Keep Going… 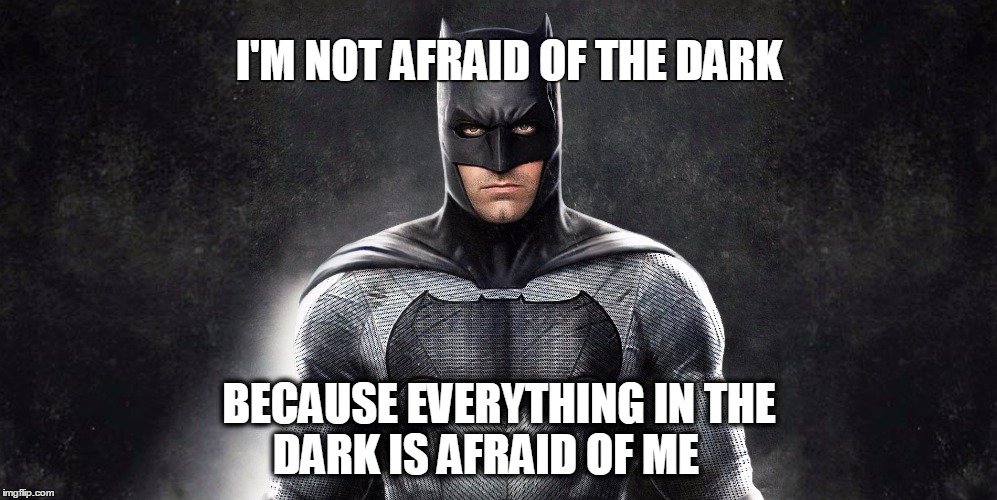 To help reveal, demystify, and clarify both the nature of fractal geometry and my desire to differentiate between a linear versus a lateral perception/perspective, I offer these two “mind-benders”…or fractal paradoxes (The Coastline Paradox and The Cantor Set)…that some of history’s most gifted mathematicians continually “tripped over” and, thus, somewhat affectionately NAMEd “Mathematical Monsters,” as an admittance of their inability to explain something that we would not…fully…realize, until our wonderful “computing devices” came into existence in the 1970s…and we finally had the ability to “run” infinite iteration programs inside a machine. 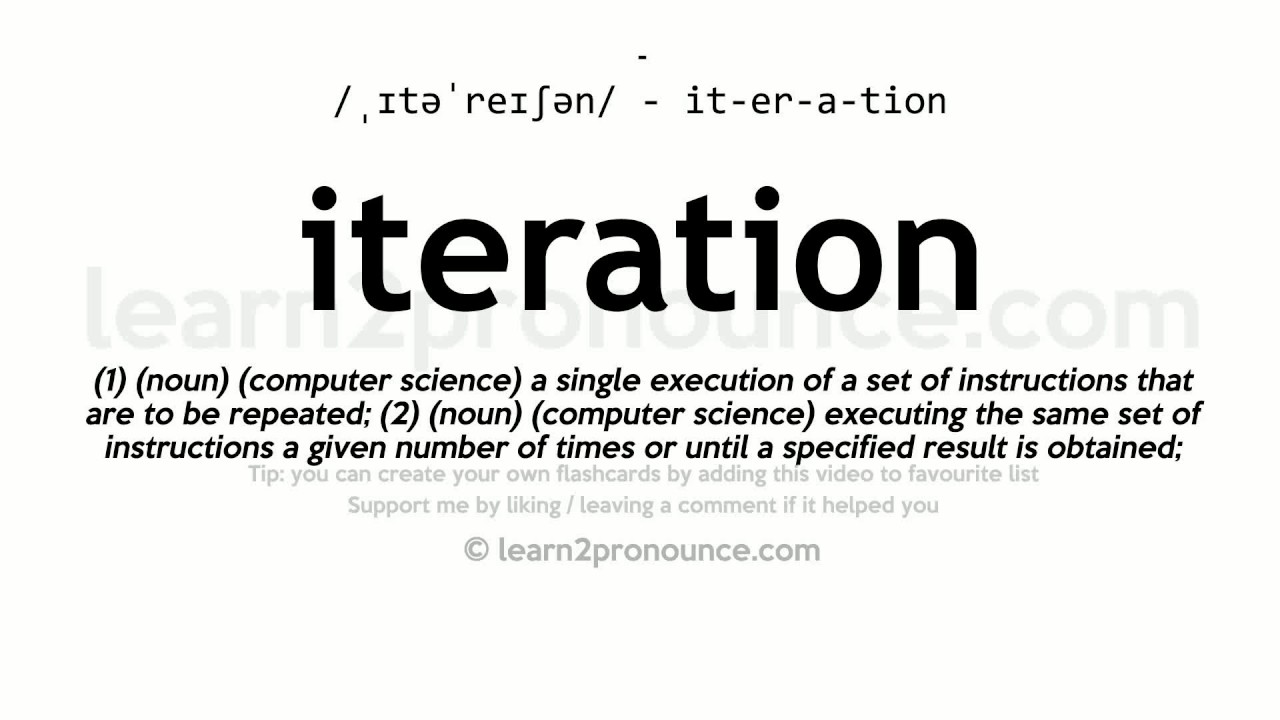 In doing so, we “unlocked” something new for our collective human consciousness. Simply put…before computers…we could not count high enough to “see” how the pattern of the formula itself expresses the answer to how fractals form our reality!

The smaller the measuring stick, the longer the coastline!

In fact, this is actually never-ending!

It is impossible to determine the ACTUAL length of any coastline in the world, due to the fractal nature of our reality!

Why not try this fractal paradox on for “size”: 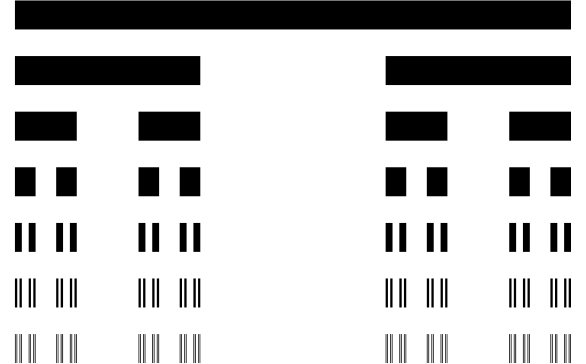 Known by the NAME!, “The Cantor Set,” after the man who popularized the concept in 1883, Georg Cantor, this paradox “highlights” the “mathematical monster” that is exposed when one simply takes a line, divides that line into thirds, removes the middle third, and then repeats the deletion over and over again. (As seen above.)

Most would assume that, eventually, this process of iteration will remove the entire line. However, this fractal paradox reveals that, in fact, you will end up with an infinite number of line segments, or “points,” which cannot ever be completely eliminated…this being due to the…wait for it…yup…the fractal nature of our reality! 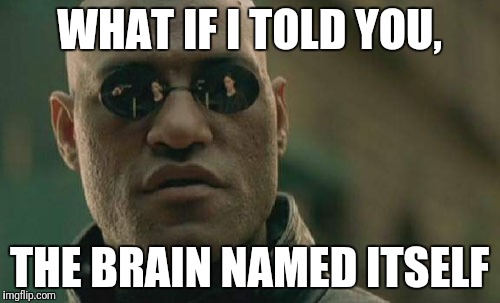 What these two paradoxes highlight (Among other things), is an inability to determine the solution for infinity, which itself is a concept that our species conceptualized and NAMEd well before we had mathematicians struggling with it!

Nature hides her secrets because of her essential loftiness, but not by means of ruse.”
-Albert Einstein- Benoit B.  Mandelbrot  (November 20, 1924 – October 14, 2010) was a Polish-born, French and American mathematician. He is recognized for his contribution to the field of fractal geometry, which included coining the word “fractal” as well as for developing a “theory of roughness” and “self-similarity” in nature. He later discovered the “Mandelbrot Set” of intricate, never-ending fractal shapes, NAMEd in his honor.

In 1936, while he was a child, Mandelbrot’s family migrated to France. After World War II ended, Mandelbrot studied mathematics, graduating from universities in Paris and the United States and receiving a master’s degree in aeronautics from the California Institute of Technology. He spent most of his career in both the United States and France, having dual French and American citizenship. In 1958, he began a 35-year career at IBM, where he became an IBM Fellow.

Because of his access to IBM’s computers, Mandelbrot was one of the first to use computer graphics to create and display fractal geometric images, leading to his discovering the Mandelbrot set in 1979. By doing so, he was able to show how visual complexity can be created from simple rules.

He said that things typically considered to be “rough”, a “mess” or “chaotic”, like clouds or shorelines, actually had a “degree of order”. He later discovered the Mandelbrot set of intricate, never-ending fractal shapes, named in his honor. His research career included contributions to such fields as geology, medicine, cosmology, engineering and the social sciences.

Toward the end of his career, he was Sterling Professor of Mathematical Sciences at Yale University, where he was the oldest professor in Yale’s history to receive tenure.

Mandelbrot also held positions at the Pacific Northwest National Laboratory, Université Lille Nord de France, Institute for Advanced Study and Centre National de la Recherche Scientifique. During his career, he received over 15 honorary doctorates and served on many science journals, along with winning numerous awards. His autobiography, The Fractalist, was published in 2012.

Clouds are not spheres, mountains are not cones, coastlines are not circles, and bark is not smooth, nor does lightning travel in a straight line.
-Benoit Mandelbrot (In the introduction of his book “The Fractal Geometry of Nature”)-

Before he died, Mandelbrot humbly explained that “all” he did was “open up ‘roughness’ for investigation.” And that, as a result, he was able to, “…show people something that they ALWAYS knew was there and just didn’t know it.”

As the Cantor Set illustrates, this infinite depth in the degree of “roughness” exists not only between the 1st and 2nd dimensions, but…in fact…it exists between all dimensions.

At least for me…there is potent scientific evidence of Divinity in the fact that we could not “see” or “solve” the “mystery of the monsters” until our mastery of math and science evolved far enough for us to create a tool for limitless iteration…YAY COMPUTERS!

This is evidence of a Divine Influence, to me, because of the reality that it was “time-locked” until the computer age began…we were not consciously “ready” yet…as a species.  But even without the computers, we’ve felt intuitively that we were “on to something” for centuries…we just hadn’t integrated the “sense” of it yet!

Mathematics seems to endow one with something like a new sense.
–Charles Darwin–

Once he perceived that I was ready, Cancer/Leo74…my Spiritual mentor at that time (Fall of 2010)…introduced me to fractals, by way of the song, “Lateralus,” which was created by the…appropriately NAMEd…“rock” band, “Tool.” 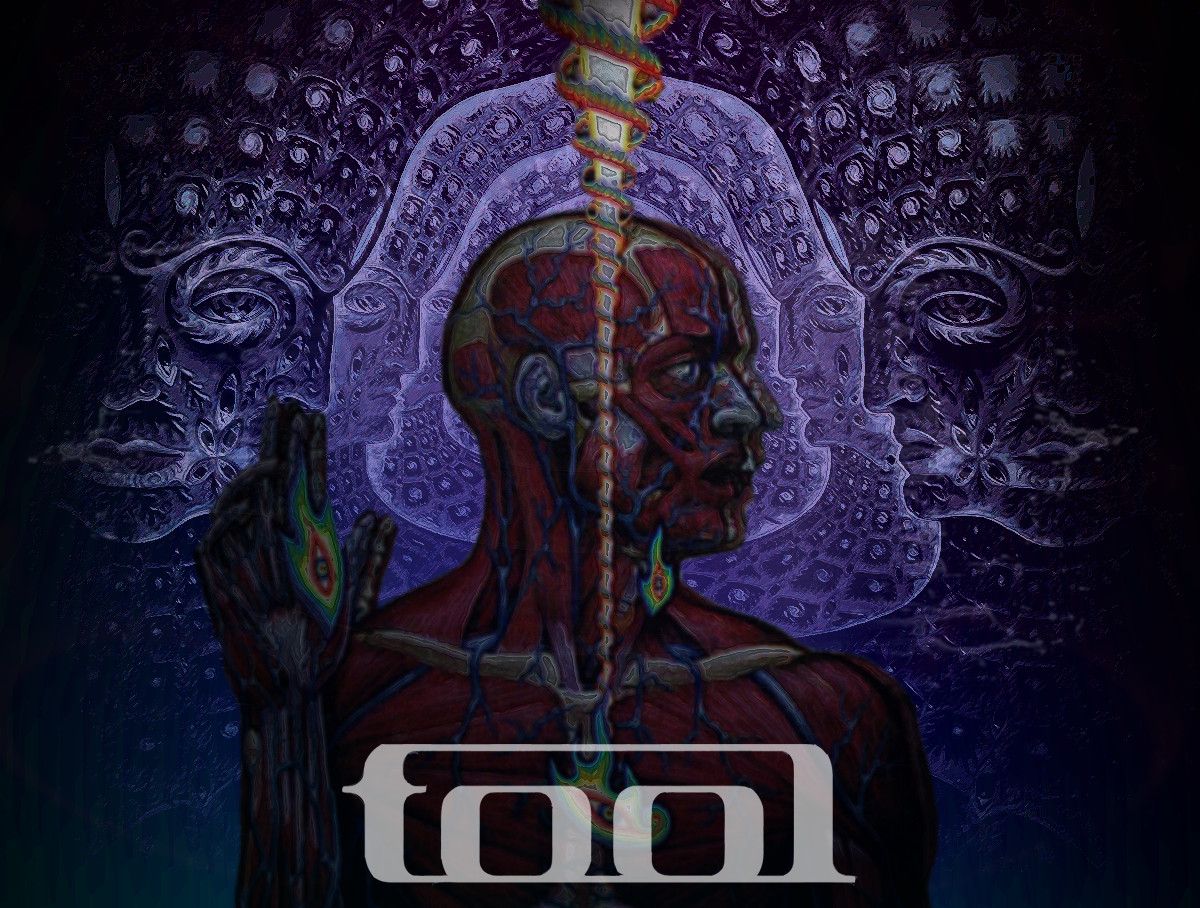 As those who know the song have…likely…already realized, the message within this masterpiece is where the concept of, “Spiral Out”…that I obviously embrace…originated for me. 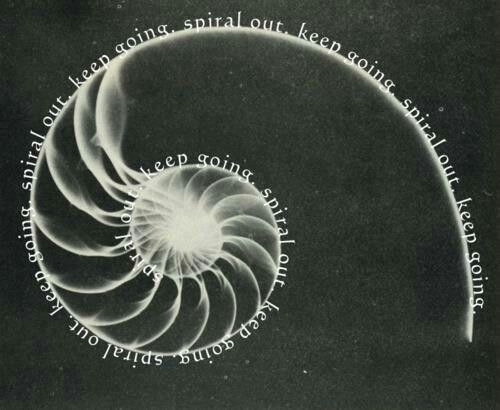 With the help of this amazing YouTube video, below, NAMEd, “Fibonacci Lateralus”, Cancer/Leo74 explained how the well-understood mathematical axiom known as, “The Fibonacci Sequence” (NAMEd after this guy…who introduced the concept to Europe in the 13th century, Leonardo Bonacci.), is built into this song so precisely, that the song’s length of 9:24 is exact, in order to complete the sequence within the song.

Additionally, as is demonstrated in the YouTube video, even the placement and timing of each syllable within the lyrics corresponds to the Fibonacci Sequence!

There is MUCH more going on here…than a “simple” song…

Black then white are all I see
in my infancy.
red and yellow then came to be,
reaching out to me.
lets me see.

As below, so above and beyond, I imagine
drawn beyond the lines of reason.
Push the envelope. Watch it bend.

Over thinking, over analyzing
separates the body from the mind.
Withering my intuition, missing opportunities and I must
Feed my will to feel my moment
drawing way outside the lines.

Black then white are all I see
in my infancy.
red and yellow then came to be,
reaching out to me.
lets me see

there is so much more
and beckons me
to look through to these
infinite possibilities.

As below, so above and beyond, I imagine
drawn outside the lines of reason.
Push the envelope. Watch it bend.

Over thinking, over analyzing
separates the body from the mind.
Withering my intuition leaving opportunities behind.
Feed my will to feel this moment
urging me to cross the line.

To clarify, The Fibonacci Numbers (Or Fibonacci Sequence), are the numbers in the following integer sequence:

By definition, the first two numbers in The Fibonacci Sequence are either 0 and 1, or 1 and 1…depending on the chosen starting point of the sequence…and each subsequent number is the sum of the previous two numbers.

When graphed, the resulting shape resembles a “fractally”-familiar spiral. 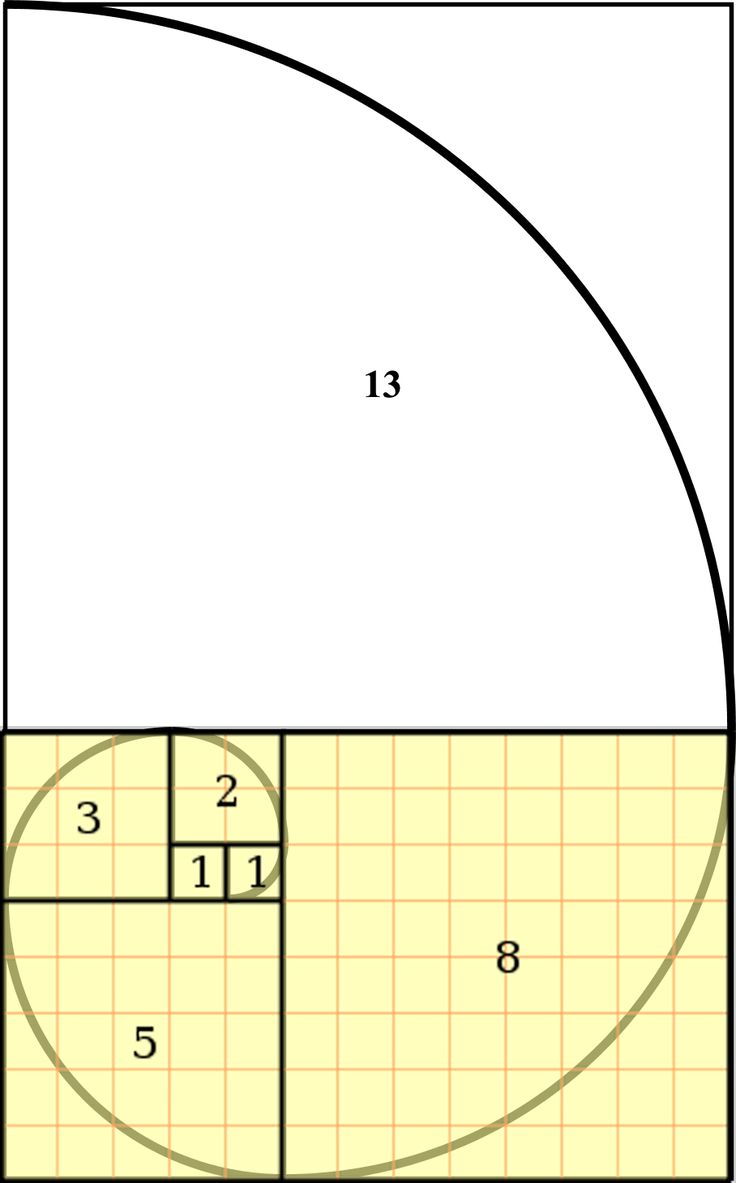 In order to “wrap your mind around” why I place so much emphasis on fractal geometry as a path to directly KNOW The Divine, it is important to understand the connection between The Fibonacci Sequence and the, now familiar (From Episode Two, Part 3), concept of exponential growth.

For it is where these two ideas come together, overlap, and synergize…that unveils and reveals The Divine in ways that are, in my opinion, undeniably obvious.

In 1765, Leonhard Euler published an explicit formula, known today by the NAME!, “The Binet Formula,” which demonstrates that The Fibonacci Numbers grow at an exponential rate that is equal to The Golden Ratio (φ)!

Now, believe it or not, I just…intentionally…“tripped up” over 99% of “average” humans…simply because I put a math formula in front of you!

Admit it! Math formulas kinda PISS YOU OFF!!! 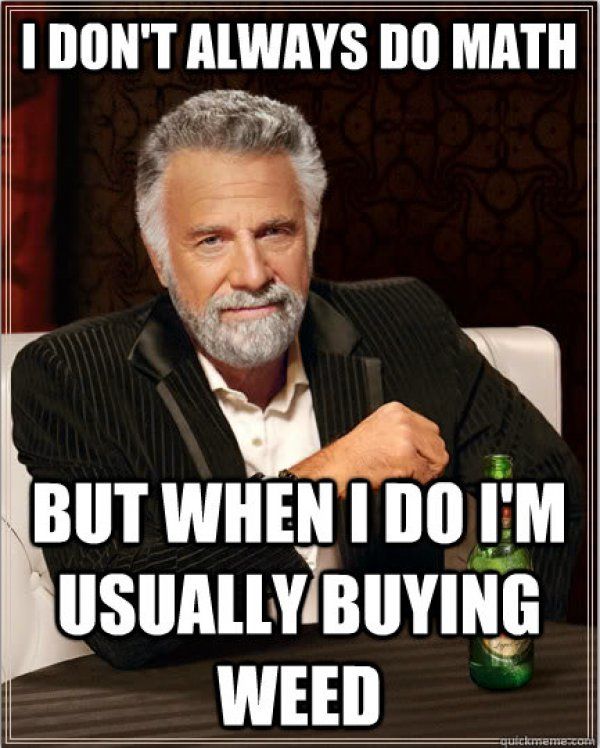 In my opinion, math formulas are Wetikó-conceived dirty, nasty, INHUMAN manifestations…designed to destroy our understanding of the natural world!

Obviously…it would seem that formulas are “necessary evils” and are truly “things of beauty” to the other <1% who…like to “play” with them!

So…to re-captivate the >99%…and to end this Part of the discussion with microphone-dropping authority…I will simply DISPLAY how this “stupid” formula is something you do, in fact, COMPLETELY comprehend without the need for “conscious calculations”…aka math formulas!

Here are some Divine examples of how The Golden Ratio exponentially expresses itself at every scale…everywhere…and I do mean EVERYWHERE…in our natural world…and beyond: 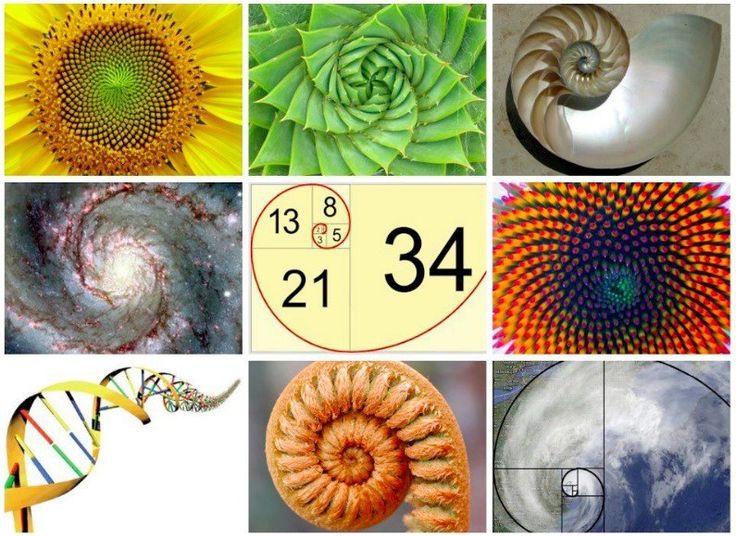 Not only can the “exponentially growing” aspect of this simple formula’s Divinity be perceived in nature, but…to me…it is obvious that HOW the natural world proportions itself…itself…is unashamedly displaying The Golden Ratio’s cardinal essentiality for how our reality is…Divined:

Throughout history, some of the most celebrated art and architecture…too…has exemplified The Golden Ratio: 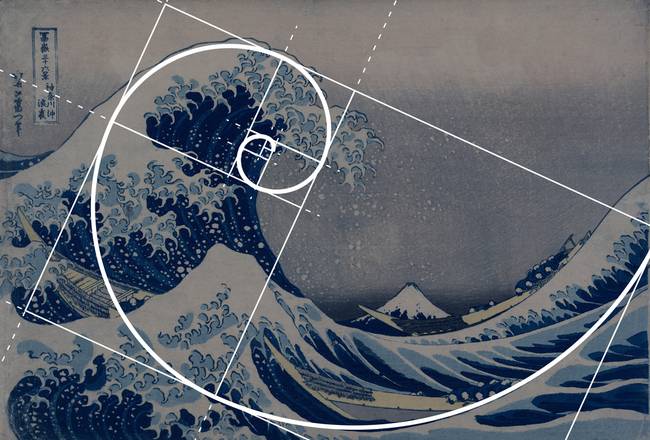 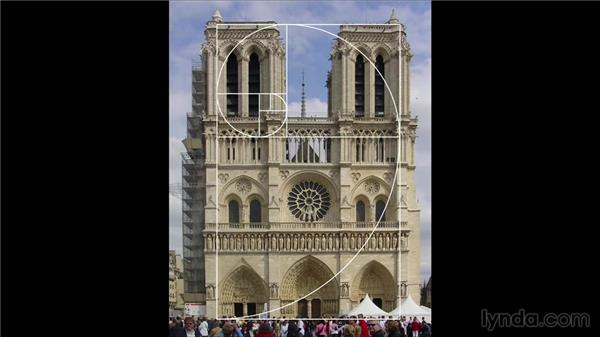 Even the human heart, when beating at a rate that is synonymous with a “resting” (Or peaceful) state, displays this Divine Proportion.

In fact, this ratio is so fundamental in our universe…that plants emphatically “embody” the pattern, as they grow upwards in an ever-expanding spiral…with each “branching point,” or “node,” exactly expressing The Golden Ratio, from the trunk…to the branches…and even all the way down to the veins of each leaf!!! They are ALL, fractally, “self-similar”…at every scale!

Today is November 10, 2017…and it is 8 Serpent on the Mayan Tzolk’in Calendar.  Once again, the energies of The Divine Flow of Creation have guided me…without fore-knowledge..to offer this information on this particular day.

We are in the 8th day of this current 13-Day week (Trecena)…8 is the intention for Divine Harmony and Balance…and it is combined with today’s Sun Sign, the energy of the archetypal Divine Feminine and the “Lighting In The Blood” or “Koyopa“…The Serpent.

Sat NAM! to our Magnificent and Divinely-Designed Mother Nature!  Thank you for your wisdom, guidance, patience, and Divine Love…and for showing yourself to us, when we need you the most!

The wisest and noblest teacher is nature itself.-
–Leonardo da Vinci–