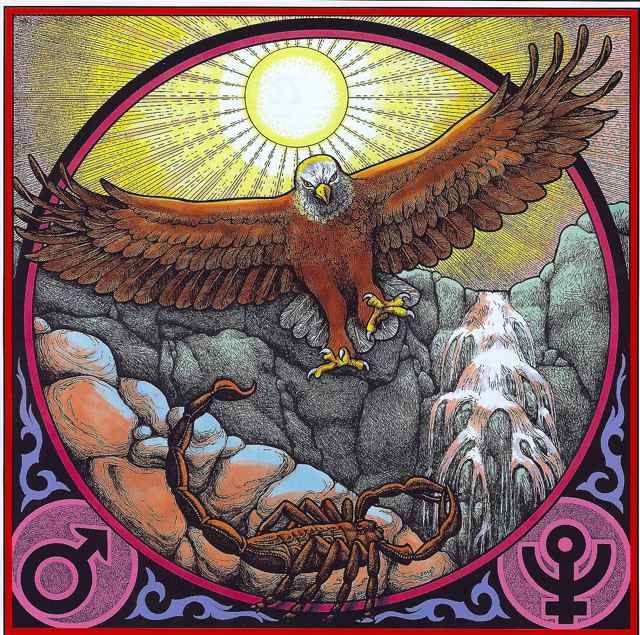 For those who do not know…Aquarius, Taurus, Leo, and Scorpio are the four Signs of The Zodiac that commonly share the “Fixed” quality.  This quality accompanies their respective elements…Aquarius is Fixed Air, Taurus is Fixed Earth, Leo is Fixed Fire, and Scorpio is Fixed Water.  For a brief expansion upon/explanation of the “Qualities” or “modes” of The Zodiac click here.

Focusing in on “Fixed Earth” Taurus, and “Fixed Water” Scorpio…which are six months apart and, thus, on opposite sides of the Zodiac “wheel” from one another…the animals most commonly associated with Taurus and Scorpio are the bull and scorpion, respectively.

It is…somewhat…intuitive to consider the bull as the most appropriate animal to represent the Fixed Earth sign…  After all, bulls (or the “bull-like” Ox) have…historically…been utilized by farmers as the preferred “beasts of burden” for tilling (Fixing) the ground (Earth) each Spring…in preparation for planting the yearly crops.

However, Scorpio’s assumed “scorpion-only” nature and history is much more mysterious…and misrepresented!

Scorpio is probably the most misunderstood Sign of The Zodiac.
—Scorpiomind–

In fact, most people do not know that Scorpio, unlike most of the other Zodiac signs, has multiple animals as representatives!

Almost everyone…even those who know next-to-nothing about Astrology…will be able to associate Scorpio with the scorpion.  I mean, come on, its right there…in the NAME!  Also common to some, the snake is often attributed to Scorpio. 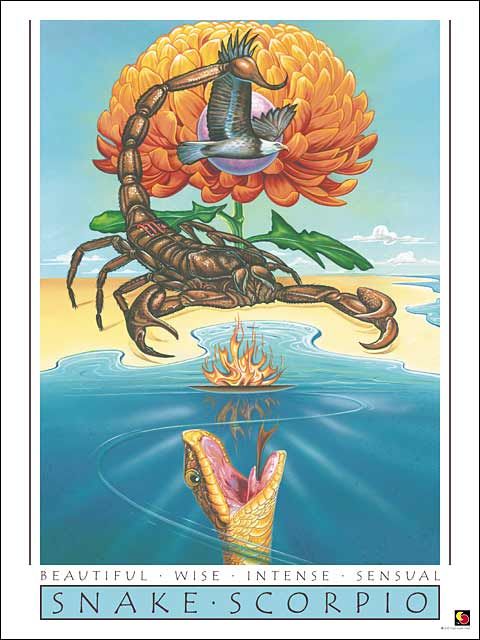 However, it usually comes as quiet a surprise, for most people, to find out that Scorpio is also represented by an eagle and, mysteriously, either the mythical…fire-born…phoenix or a dove!  There are some who even suggest Scorpio has as many as 8 different animals representatives!

The differences between the scorpion/snake, the eagle, and the phoenix/dove, have to do with the symbology of each animal, while considering the metaphoric context that “Fixed Water” is an analogy for “firm emotional control.”  Astrologically speaking, water = emotion.

For example, the scorpion represents the “lower” range of emotional control in human behavior:

“Where you find a Scorpio who is ruled by emotions and instincts [rather] than intellect.  Scorpios in this category have low self-awareness and low self-control. The most dangerous and vengeful Scorpio belongs to this totem (Totem is another word for animal guide/spirit.).  If you have seen an absolutely despicable Scorpio, they probably belong to this totem. Talking about vengeance, these are the Scorpios who go to any extent to destroy someone, even if it means at their own cost.”

The eagle represents the “middle” range of emotional control in human behavior:

“Once a Scorpio has developed sufficient self awareness and is ruled by intellect [rather] than instincts and emotions, he/she can choose to use these traits as wanted. Usually in this stage, most of the Scorpios try to achieve great heights in their career and endeavors. This does not mean that a Scorpio in this totem does not have a stinger. But the way a Scorpio defeats his enemy here is different from that of a basic scorpion. A Scorpio here is not self-destructive.  As a normal eagle would do, a Scorpio would swoop down on his prey, defeat it and fly back in the air, not looking for complete destruction of the enemy.”

The final…and most misunderstood/least achieved aspect of Scorpio, the phoenix/dove, represents the “highest” range of emotional control in human behavior…and the purpose for choosing to attempt to “master” our emotions:

“This is the totem where the true power of a Scorpio is shown to the world. This is the totem where a Scorpio becomes aware of his/her mystical powers of healing. While most people consider a Scorpio to be a venomous creature, the true power of a Scorpio lies in healing and spreading peace. That is the ultimate way of exerting one’s power. That is the reason this totem is symbolized by a dove. But this is not easy. A Scorpio needs to go through a complete transformation to achieve this power. This transformation is symbolized by the phoenix, which burns and rises from its own ashes.”

Further, related to the phoenix metaphor and, perhaps, paramount for a spiritual perspective…in terms of the ever-expanding evolution of consciousness:

“The Scorpio nature cannot run from the destruction of the fire of its emotional intensity, but within that fire is the secret of immortality and resurrection.”

How can you rise, if you have not burned?
–Hiba Fatima Ahmad–

Mastering the ability to control our emotions leads to “healing and spreading peace, which is the ultimate way of exerting one’s power” and, at the same time, a “complete transformation” is needed “to achieve this power”…

As some already know, “transformation” is analogous to the fire element in Astrology.  So, this last point directs us to recognize that while Scorpio is definitively a water sign…fire is intimately interlaced within the final/highest phase of Scorpio’s stages of development/evolution/maturity.

Keep this in mind…for a later Episode…because transformation through fire (Fixed Fire Leo) “burns away” our ignorance…or that which has been ignored within ourselves…and yet…despite being ignored, remains true and MUST be acknowledged…and confronted…

But…the “truth” to this riddle of multiple animal representatives, resides in the combination of understanding…primarily…that the element Water represents emotion in Astrology, but fundamentally, in my opinion, that the “Story of Astrology” is a wonderful way to think about evolution! 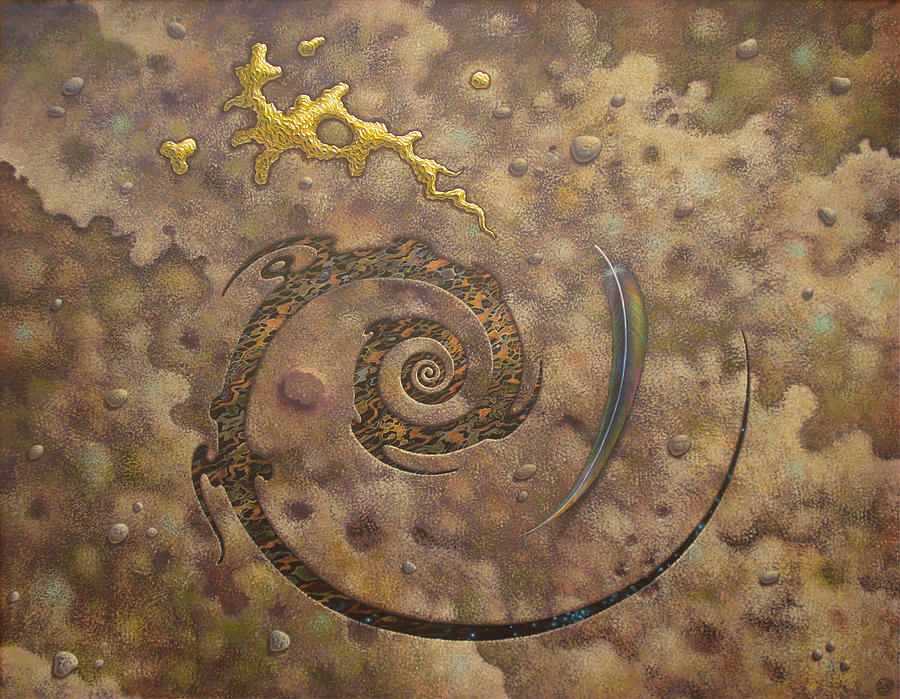 The foundations of a person are not in matter, but in spirit.
–Ralph Waldo Emerson–

When one separates the two root words of Scorpio (“Scor” and “pio”), the “hidden” meaning of this, emotionally-based, triple-nature of the scorpion, eagle, and phoenix/dove, becomes yet a little clearer.

Thus, Scorpio, could be defined as a “record, or tally, of purification with sacred rites.” (Sacred rites, historically speaking, are often “water-based.”) 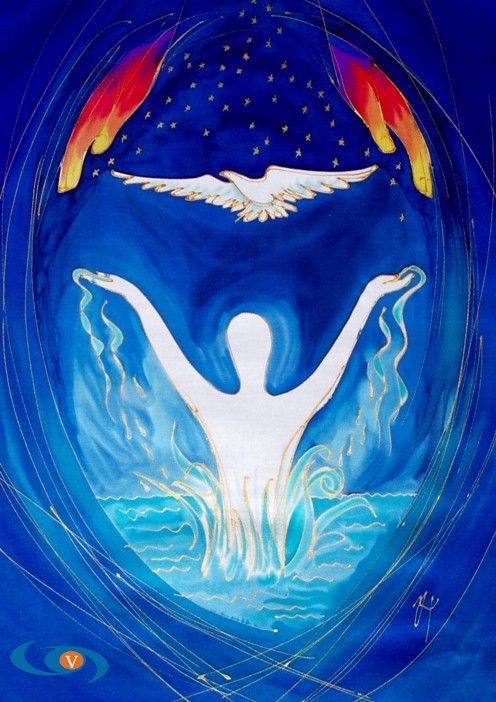 “The only person who is spiritually smart is the one who has learned how to learn, unlearn, and change directions instantly, and start all over again, if your soul calls for it.”
–Michelle Casto–

Soooooooo…  How is this “Scorpio story” relevant and/or related to the larger story of Discovering The Wetikó?

It is within the emotional realm, not the physical realm, where NAME!, as a non-physical energy-based being, began the process of developing (Cardinal), maturing (Fixed), and rising (Mutable).  And as the phoenix rises from the ashes…

And God help you if you are a phoenix
And you dare to rise up from the ash
A thousand eyes will smolder with jealousy
While you are just flying back.
–Ani DiFranco, “32 Flavors”–